The flora of Armenia is rich and special and it is distinguished by the expressed diversity of plant communities and species, which is a result of the geographically favorable position of the area. Below are the species that contain the roots "armen" and "hajastan" (which mean Armenia) in their names, as well as other Armenian toponyms.

Prunus armeniaca or the Armenian plum is the most commonly cultivated apricot species. Seeds of this apricot were discovered in Armenia  during  archaeological excavations of Garni Temple and Shengavit Settlement, having a history of 6000 years. The wood of the  apricot  tree  is  used  for  making  woodcarvings,  such as  duduk, which is a popular wind instrument in Armenia and is also called “apricot pipe”. The "colour of apricot" is one of the three horizontal bands of the national flag of Armenia. 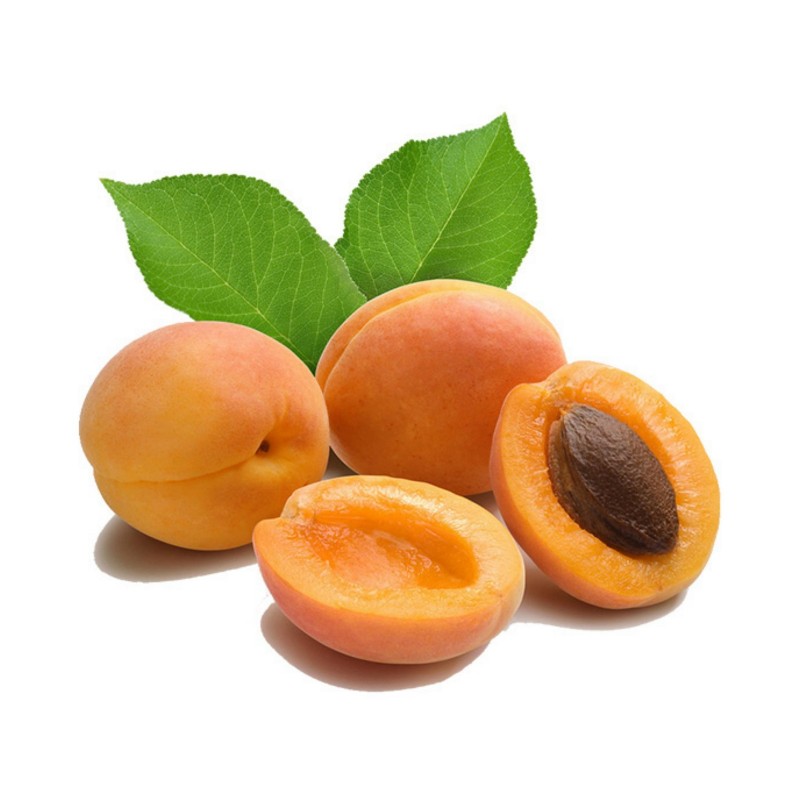 Lilium armenum is a plant species that belongs to the order Liliales. It is near threatened species. It is distributed  on  rather  large  area  in  the  North  Armenia, and at present there are no  real  threats  to  species’  existence.  However  the  species  is  very ornamental and is collected for bouquets. It  may  lead  to an increase of the threat. The extent of occurrence is less than 20000 km2, the area of occupancy is less than 2000 km2, the number of locations is 10. It was included  in  the  first  edition  of  the  Red  Data  Book  of  Armenia under Category 3: Reducing species. 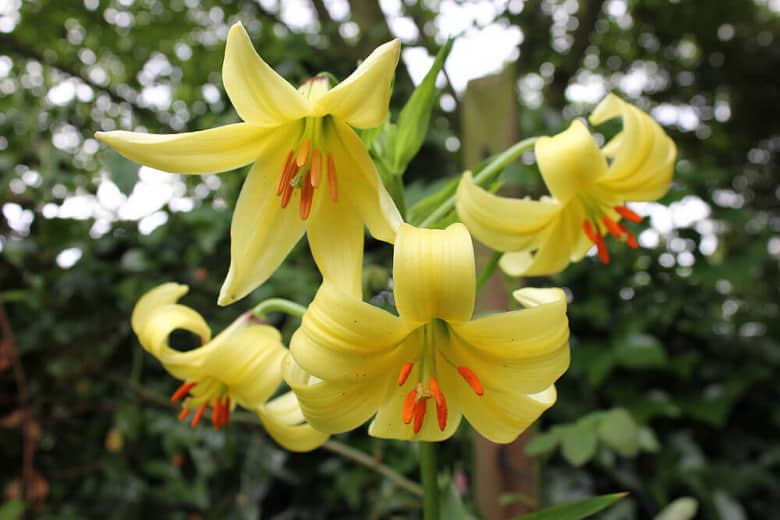 Ribes armenum is a  species  of  flowering  plants from the family Grossulariaceae. It is an endemic  species  of  Armenia.  It  was  included  in  the  first edition of the Red Data Book of Armenia under Category 2: Rare species. 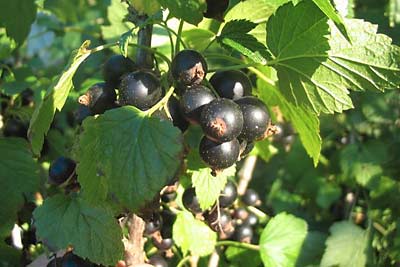 Hypericum armenum  is  a  plant  species  currently  classified  as  a  Critically endangered species. The  plant  has  5  petals  which  are  yellow  with  1  row  of  black  glands  at  margins. One of the settlements  is  situated  in  "Dilijan"  National  Park.  It  was  included  in  the  first edition  of  the  Red  Data Book  of  Armenia  under  Category 4: Indefinite  species. 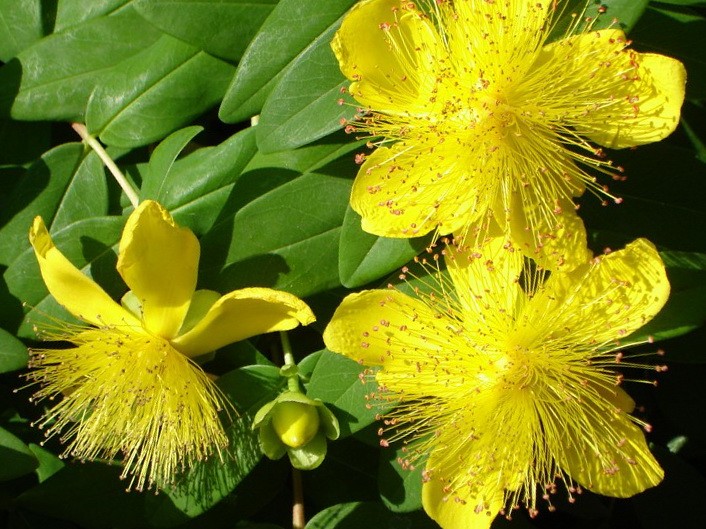 Aethionema armenum  is  a  species  of  flowering  plant  in the family Brassicaceae. It is a dwarf evergreen  subshrub  used  in  rock  gardens.  The  plant  has glaucous-green leaves and pink flowers. A  perennial 10-20cm in height with many semi-erect or ascending, unbranched stems. Leaves linear-oblong, 5-15mm long, blue-grey. 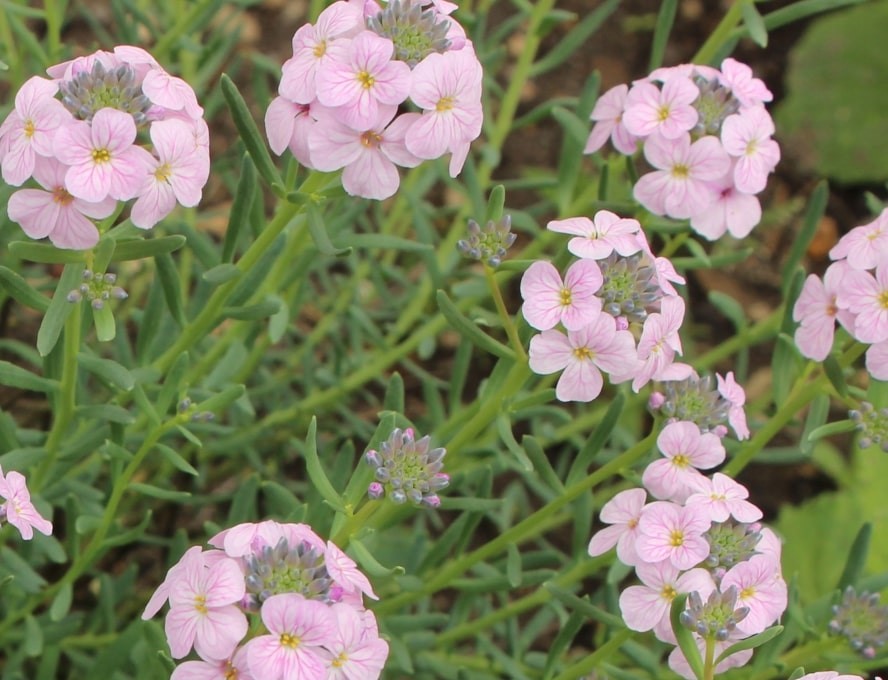 Cousinia armena is a species from the family Asteraceae currently classified as Endangered species. It has thin stems and pale purple flowers. 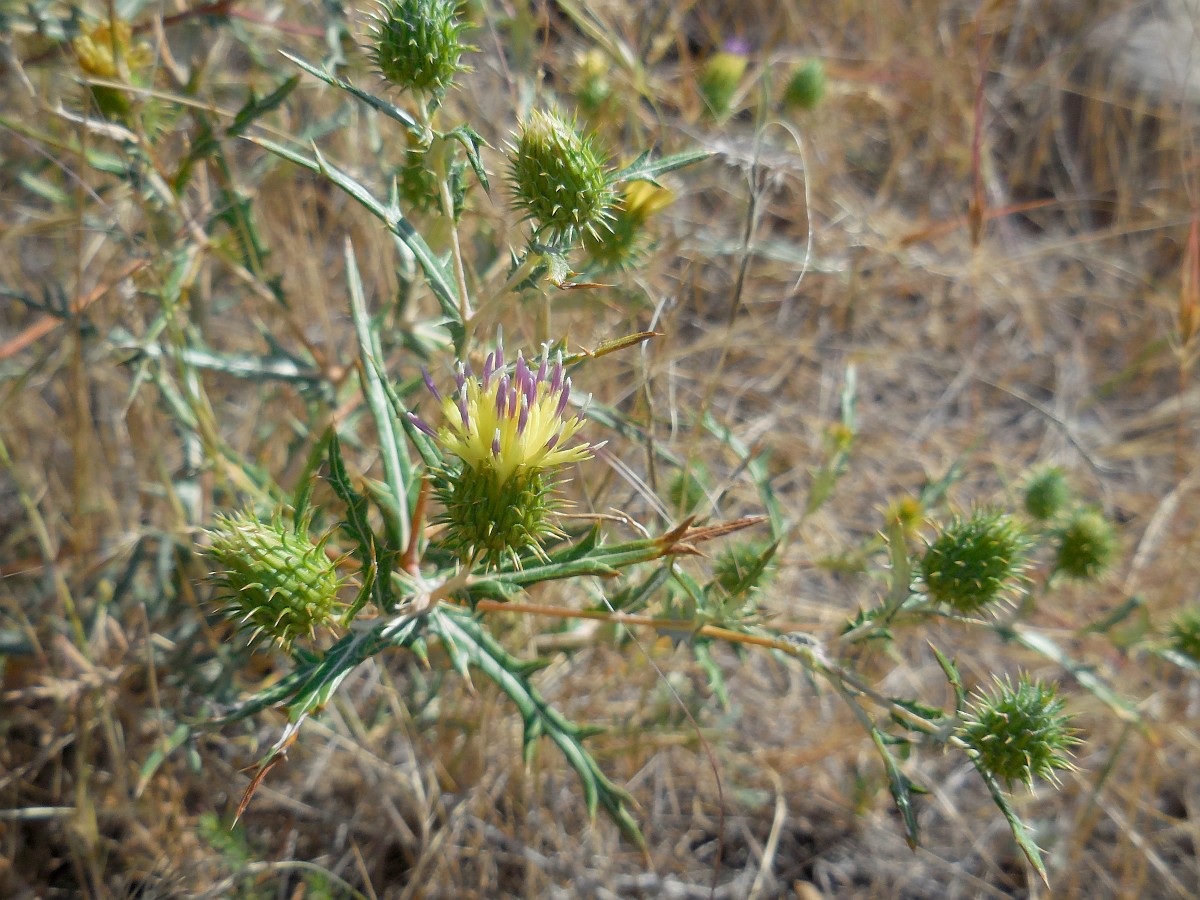 Tragopogon armeniacus is  an  annual  or  biennial  plant from the family Asteraceae. The species faces a decline  of  the  extent  of  occurrence  and  the area of occupancy caused by the intensity of agricultural activity. It  was  not  included in the first edition of the Red Data Book of Armenia. 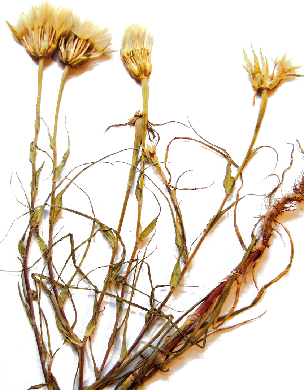 Smyrniopsis armena is a large yellowish-green perennial herb from the family Apiaceae. It is an endemic species of  Armenia. It  was  included  in  the  first  edition  of  the Red Data Book of Armenia under Category 1: Endangered species. 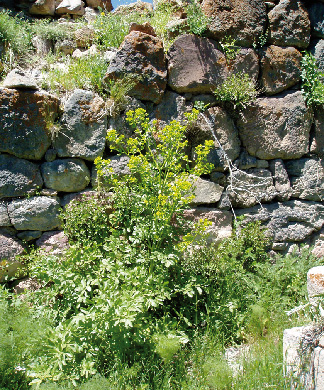 Crambe armena is a perennial glabrous herb from the family  Brassicaceae. It is endemic species of South Transcaucasia. The area of distribution is severely fragmented. The species faces a threat of extinction caused by economical activity. It  was  not  included  in  the  first edition of the Red Data Book of Armenia. 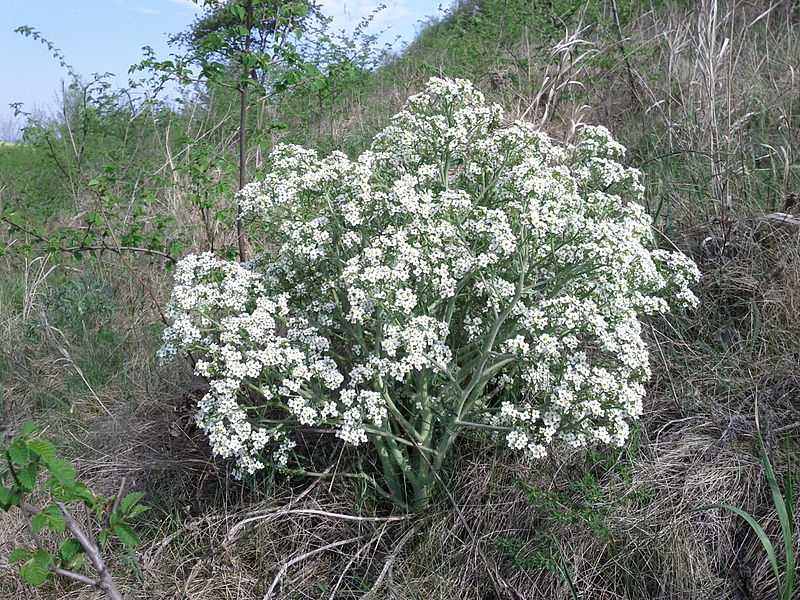 Oxytropis armeniaca is a stemless perennial plant from the family Fabaceae. It is endemic species of Armenia. It  was  not  included in the first edition of the Red Data Book of Armenia. Grows in upper and sub–alpine belts. 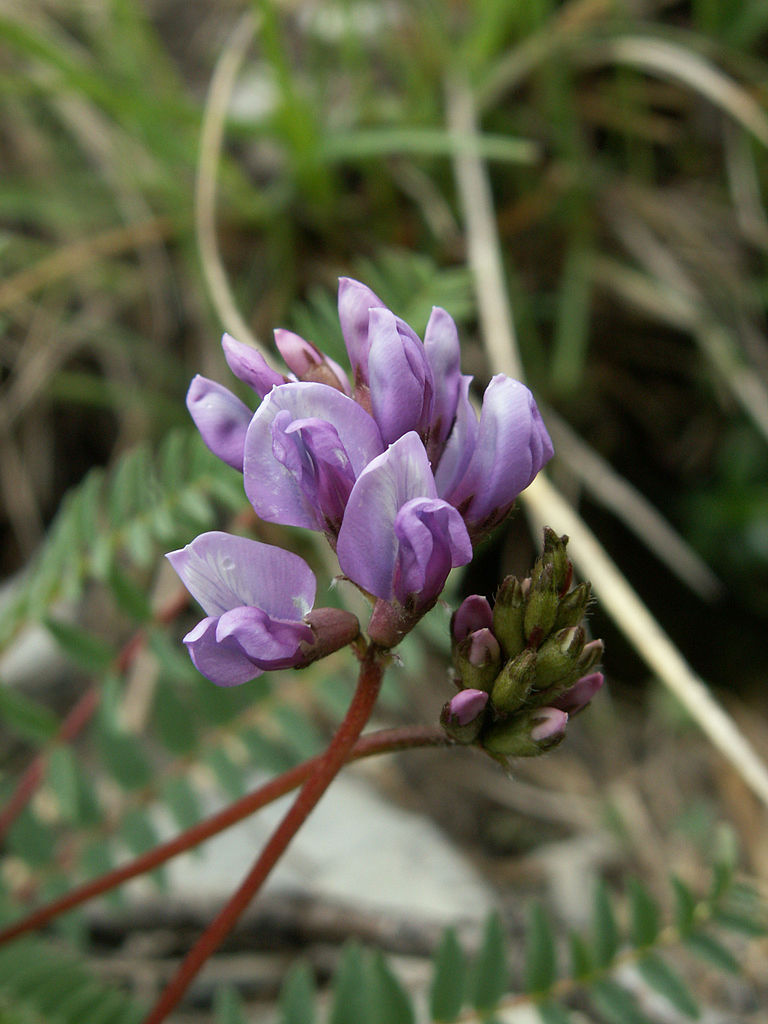 Althaea armeniaca is a  plant  species  from  the  family Malvaceae. It is also known as the marshmallow plant. Traditionally, it is a medicinal plant against cough. It is a tall,  perennial herb with villous stems. The  leaves  are  deeply divided into three ovate-lanceolate lobes, the central lobe being longer  than  the  others. The  leaf  margin  is  toothed. The leaf surface has a villous indumentum of stellate hairs. The  flowers  are  borne  on  multi-flowered peduncles. The red  petals  are  about  15  mm  long. The  mericarps  have  a  rough  surface  and  a pilose indumentum of stellate hairs. 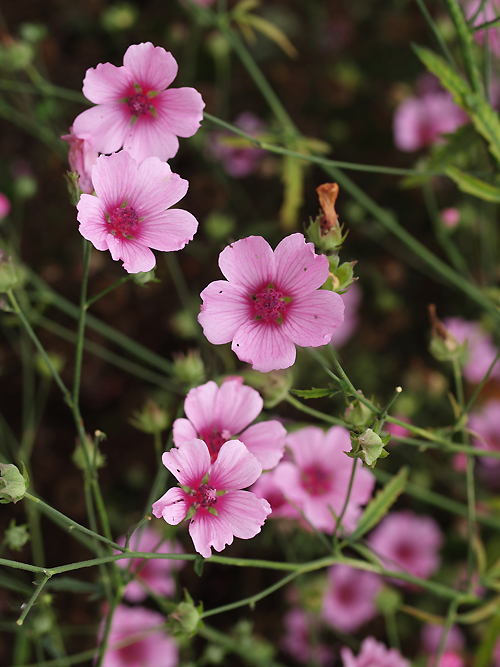 Leontice armeniaca is a perennial herb from the family of Berberidaceae currently classified as endangered species.  Perennial  glaucous  has  terete  leaves,  yellow  flowers  and  oval  fruits. Grows in a lower mountain belt, at the altitudes of 900–1200  meters  above  sea level, in semi–deserts, on dry stony saline slopes. Flowering from April to May, fruiting from May to June. 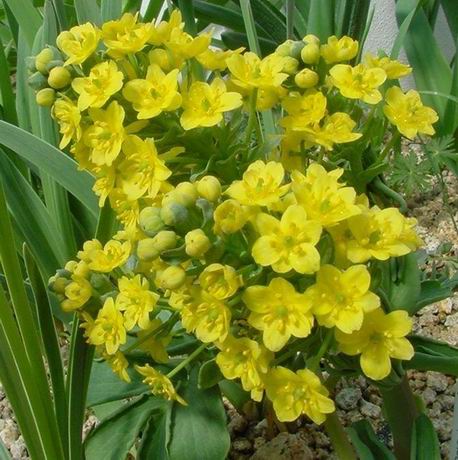 Pyrus hajastana is a tree of flowering plants from the family Rosaceae.  It is  one  of  the  13th  endemic species of the genus Pyrus of Armenia. The  plant  is  harvested  from the wild for local use as a source of materials. Species in this genus generally prefer a good  well-drained  loam in full sun. They usually grow well in heavy clay soils. They  tolerate  light shade but do not fruit so well in such a position, tolerate  atmospheric  pollution,  excessive  moisture  and a range of soil types so long as they are moderately fertile. Established plants are generally drought tolerant. 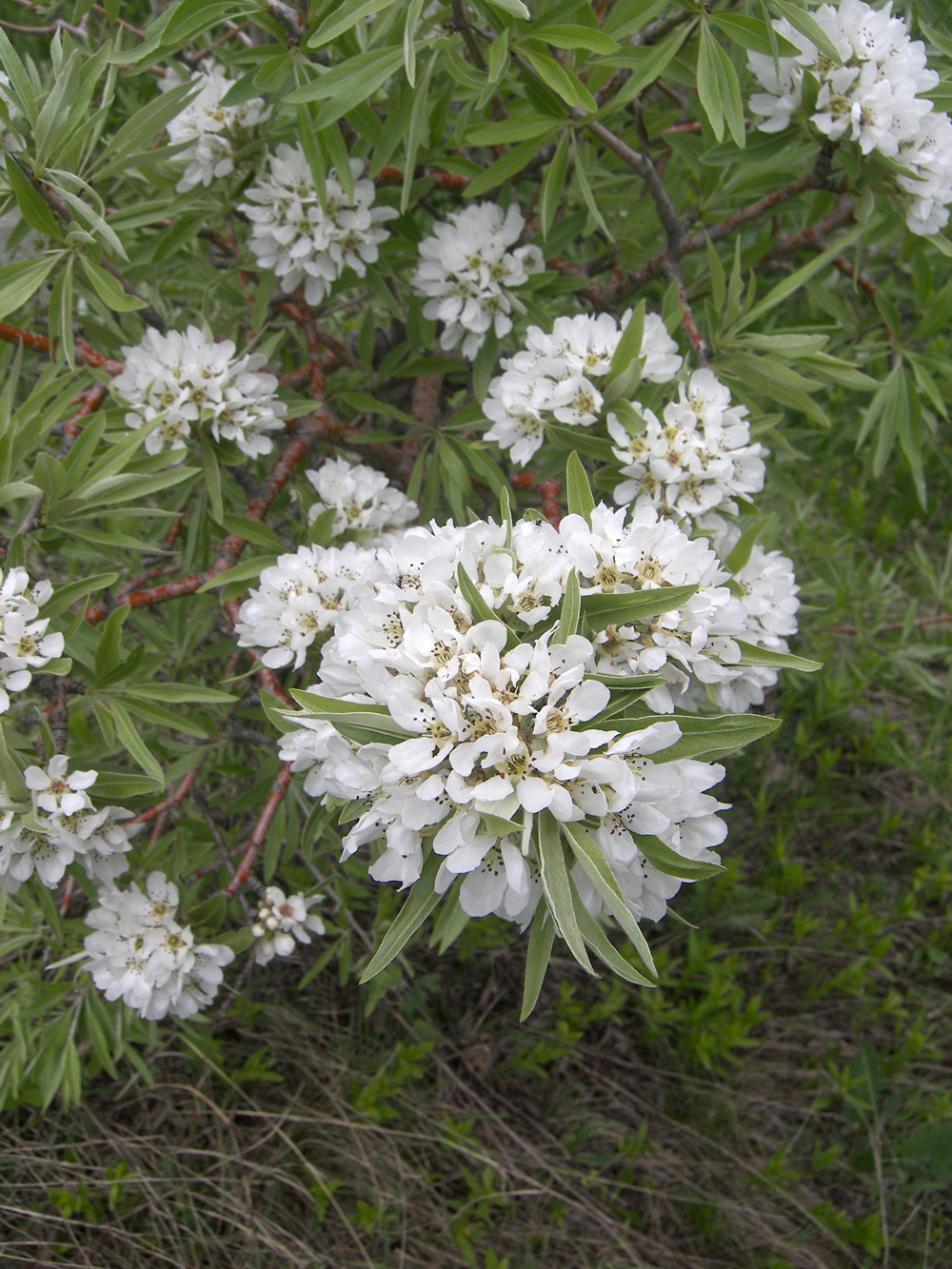 Crataegus zangezura is a plant species that grows in Zangezur, “Shikahogh” State Reserve. Main characteristics include shrubs up to 2 m, with thin, glabrous or slightly pilose, brownish-grey shoots. The leaves are glabrous, on the fruiting branches elongate-obovate, with narrowly cuneate base.  The  inflorescence is few-flowered. The fruits are small, 0.8–1 mm long, shortly elliptic, blackish–purple.  The habitats of the species include the middle mountain belt, forest edges, shibliak, rocky slopes of river gorges. 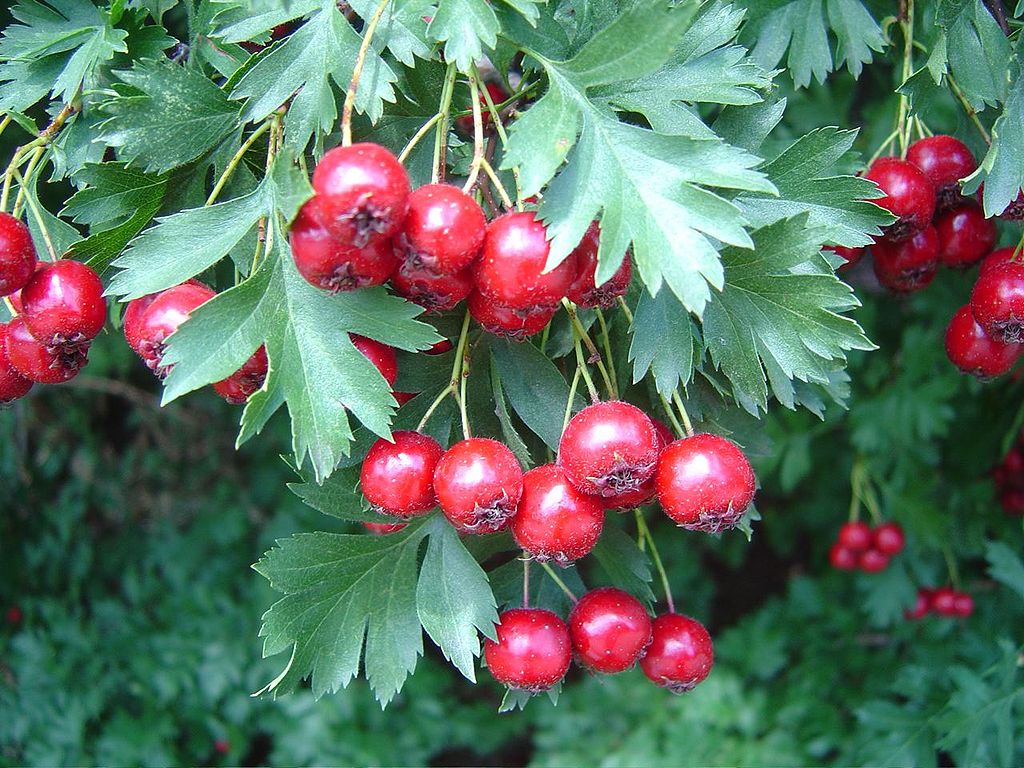 Triticum araraticum is  a plant species considered as a close relative of the cultivated wheat species. This annual plant is a waxy film, the stems erect, 70–110 cm long. It has a broad spike, distichous  side  6–13  mm  broad:  rachis  easily  dividing  into  articules.  Spikelets  are  with 2 caryopses.  The  main  habitats  are  the middle mountain belt, steppes, dry stony slopes, fields, irrigation canals. This  species  is  experiencing  loss  and degradation of habitats caused by the expansion of arable lands, amelioration and global climatic change. Amygdalus nairica is a plant species endemic to South Transcaucasia.  It  is diffuse, branched, with very spiny branches shrub, 1–2 m. Leaves are semicoriaceous,  glabrous,  oblong-lanceolate, smooth-edged or crenate-serrate. The fruits ovate-oval, velutine, compressed,  with small mucro. The main habitats include lower and  middle  mountain  belts,  dry  stony  slopes, screes, phryganoid vegetation, arid open forests. The species  is  currently experiencing loss and degradation of habitats caused by the intensity of the mining industry and the development of lands for arable purposes. 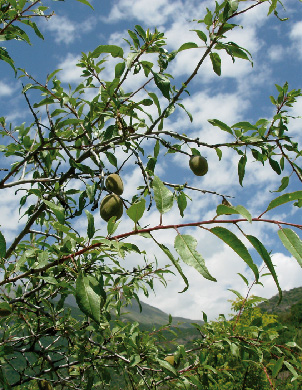 Sorbus hajastana is  a  big  shrub  of  flowering  plants from the family Rosaceae. It is a relict species and is  included  in  the  Armenian  Red  Data Book as Vulnerable species.  The  main  characteristics  include  a  big shrub, elliptic, entire  leaves  cuneate  narrowed  at  apex  and  base, coriaceous, glabrous, shiny, from below densely appressed snow-white pubescent, grandidentate at margins. Fruits are dark red, with numerous light lenticels. The habitats of this species include middle to sub-alpine belt, rocky slopes, forests, sub-alpine tall grasses on tree-line. 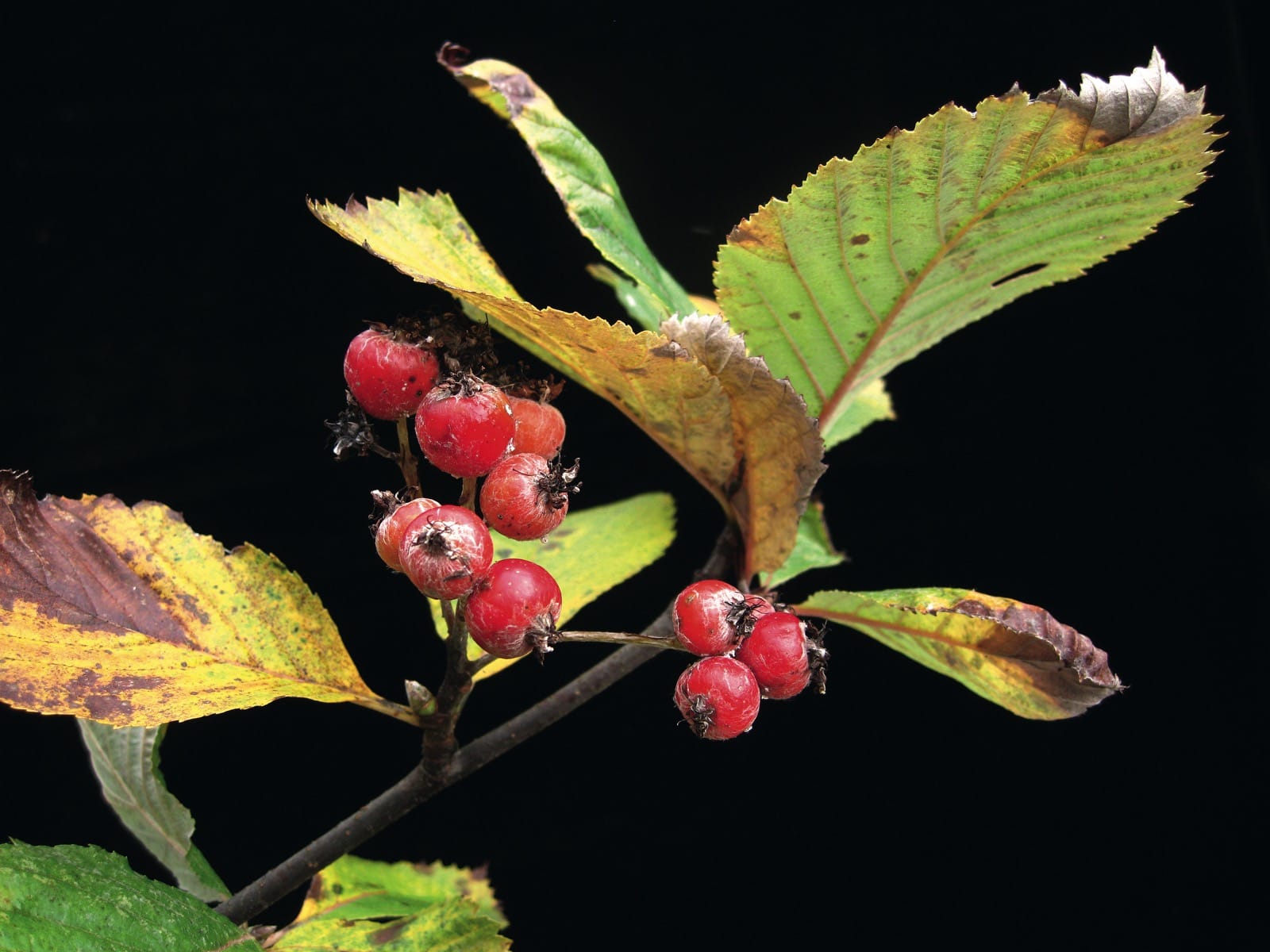 Rhaponticoides hajastana is  a  perennial  herb from the family Asteraceae. It is an endemic species of Armenia and  is  included  in  the  Armenian  Red  Data  Book  as  Endangered species. It has a vertical root, erect stems, broadly ovate,  large  capitula  very  impressed  at  base.  Involucral  phyllaries  characterize with a broad membranous appendage, 2-4 mm long. Marginal flowers are very large, 46-50 mm long,  yellow. Achenes are light, oblong, in upper part transverse rugose. Pappus are whitish or brownish-grey, large, 9-11 mm long. The  main habitats of this species include middle and upper mountain belts, dry stony slopes, steppes. 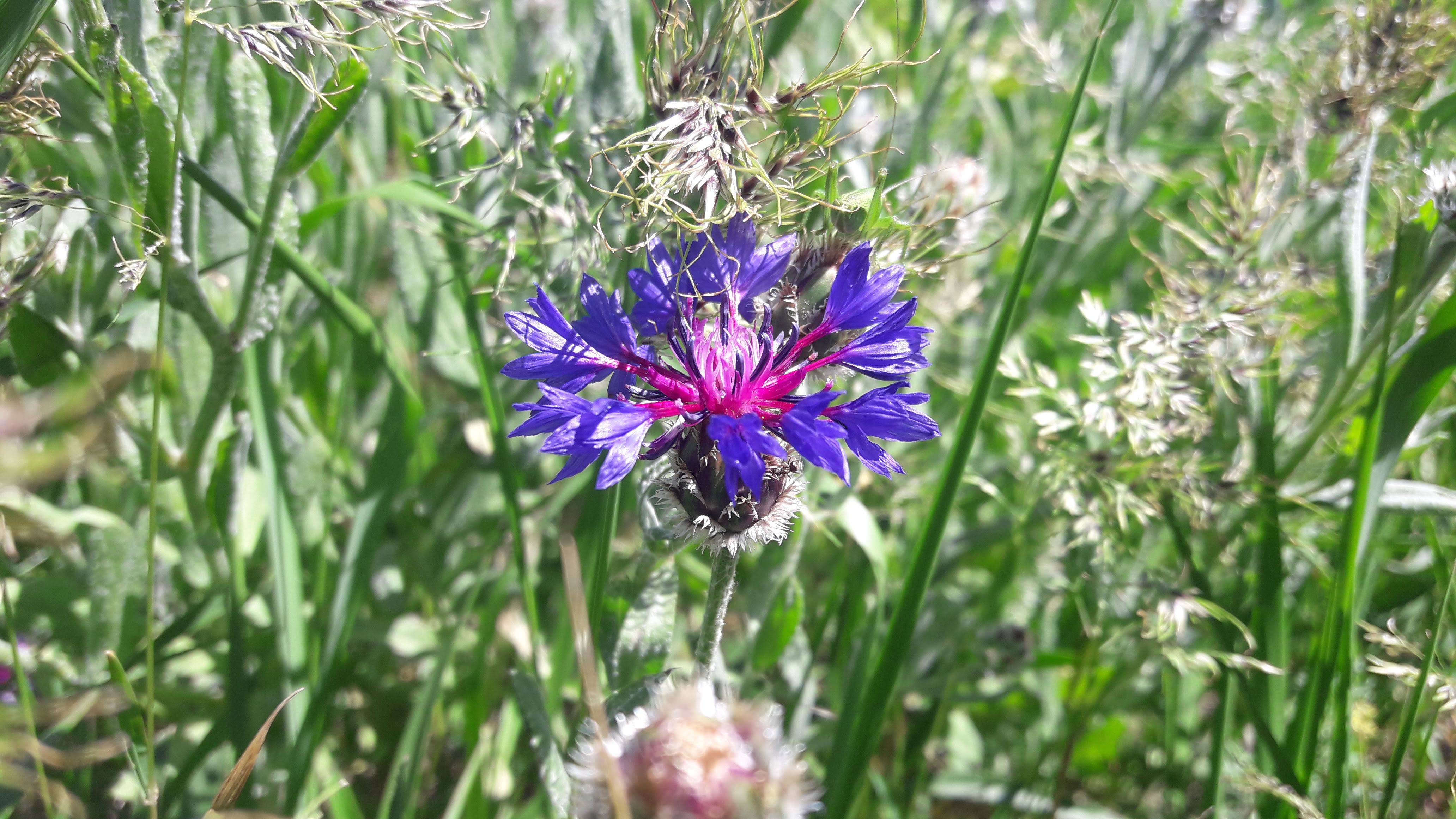 Onobrychis hajastana is a perennial plant from the family Fabaceae and is currently included in the  Armenian  Red  Data  Book  as  an  endangered  species.  Stems  are 25-70 cm, leaflets 4-8 paired,  narrowly linear,  10-30 x 1-2 mm.  Peduncles  together  with  inflorescence 7–25 cm long; inflorescence  elongating  after  flowering.  Grows  in  lower  and  middle  mountain  belts,  at  the altitude  of  800-1850  meters  above  sea  level,  in  the  steppes,  among  phryganoid   vegetation. Flowering from June to July, fruiting from July to August. 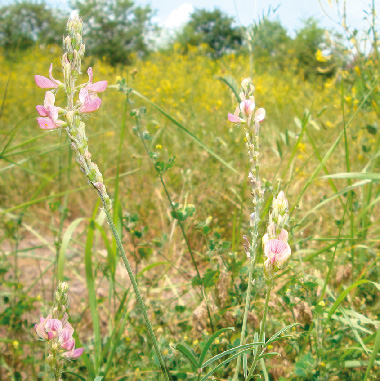 Phelipanche hajastanica is a new species of parasitic plant from the family Orobanchaceae. It was first described in 2017. 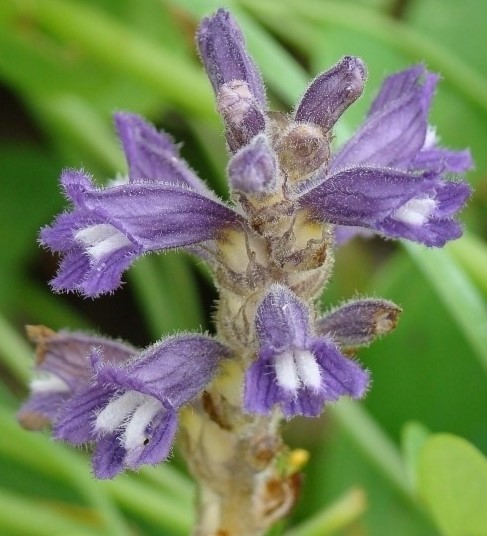 Allium armenum is an ornamental plant from the family Amaryllidaceae. Its purple-pink bell-shaped flowers are produced in a  lax  hemisphere with each petal with a central dark stripe. The  flower  stalks  are  long  and  nod  slightly  due  to  the  weight  of the flowers, which creates a most pleasing visual effect. Allium armenum grows best in well-drained sunny spots. 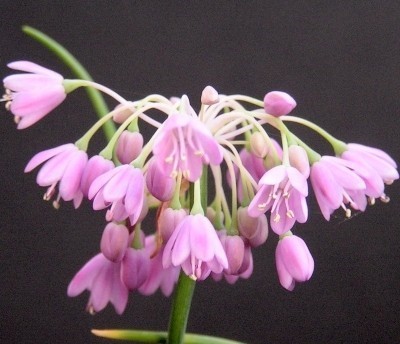 Cotoneaster armena is an  ornamental  shrub  of  flowering  plants  from the family Rosaceae. It is an endemic species of Armenia whose branches are used to make baskets and walking sticks. 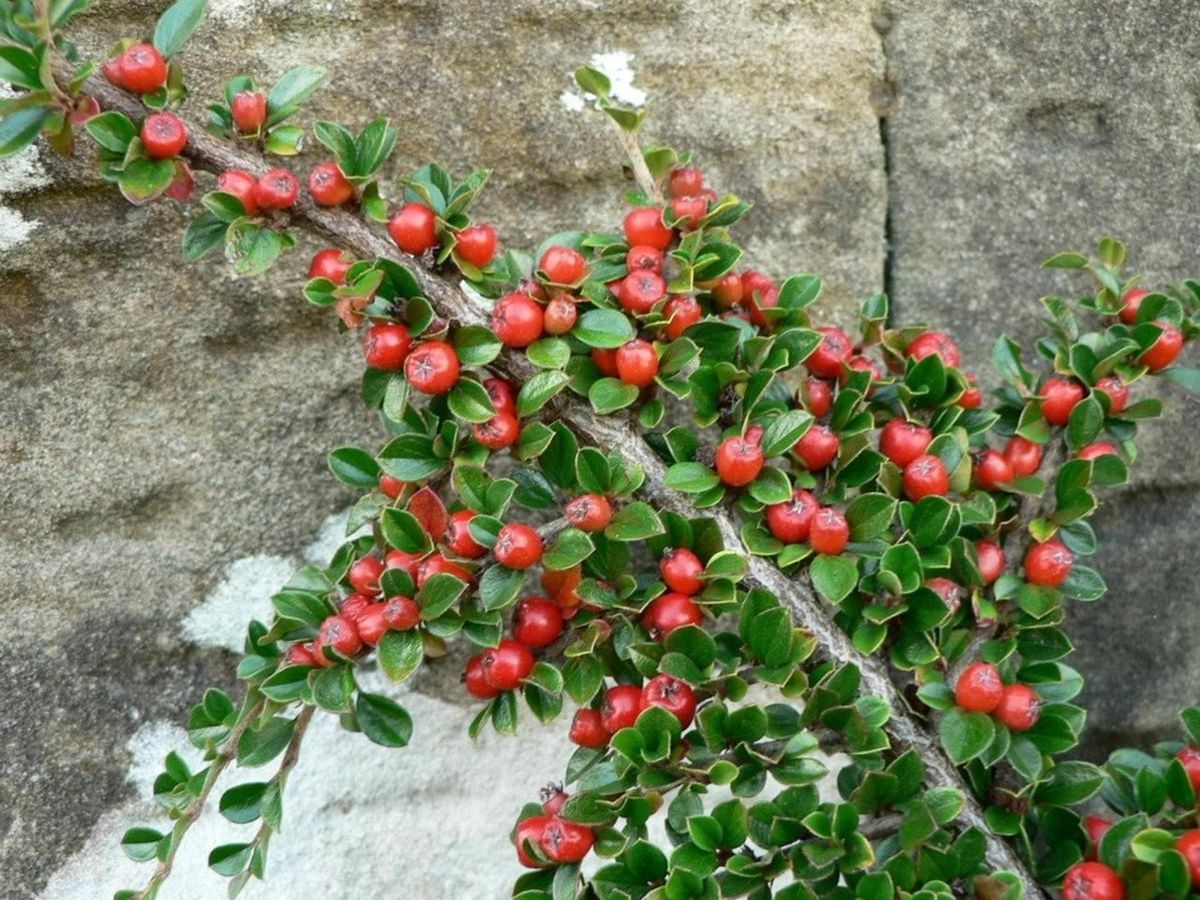 Cephalaria armeniaca is a  flowering  plant  in  the  family Dipsacaceae which is an endemic species of Armenia. They  are  annual  or  perennial  herbaceous plants growing to 0.8–2 m tall. 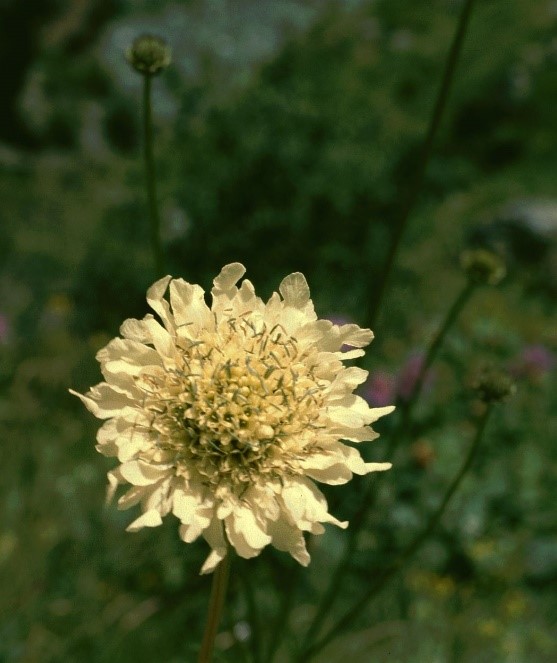 Astragalus hajastanus is  a  flowering  plant  from the family Fabaceae which is an endemic species of Armenia. 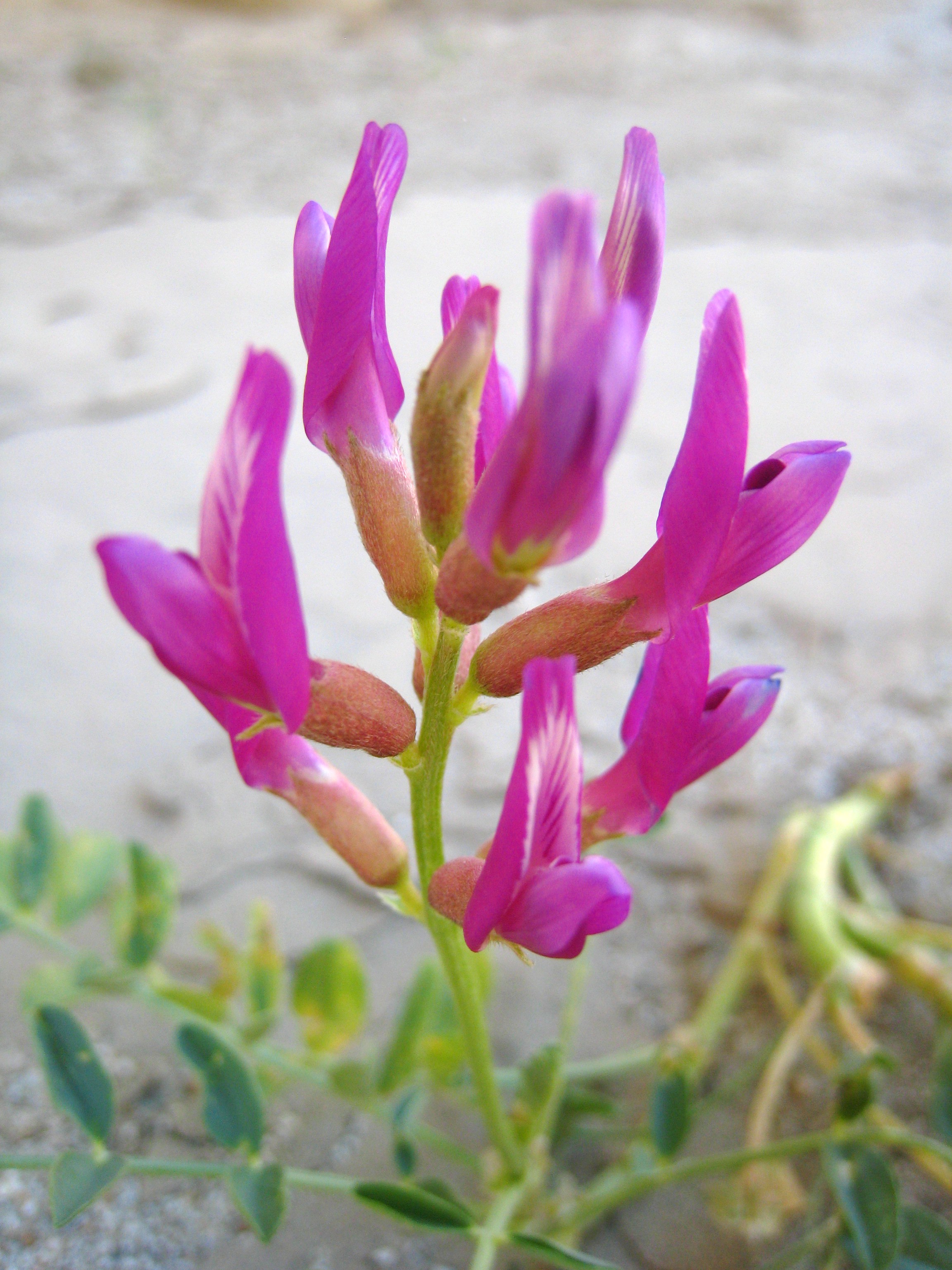